5th Junior Ambassadors for Peace Congress “All World for Peace!” 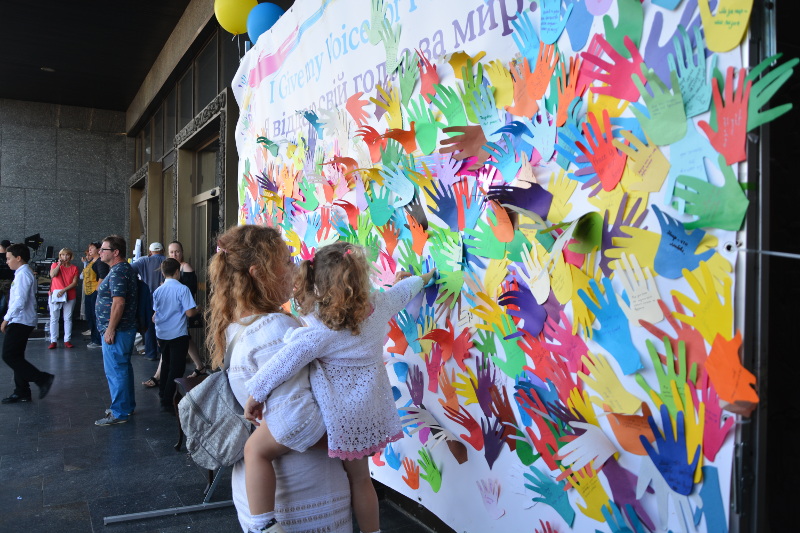 On September 20, 2018, UPF Ukraine held The 5th Junior Ambassadors for Peace Congress “All World for Peace!” dedicated to the International Day of Peace. Traditionally, the event was held on the territory of the National Museum of Ukrainian History in the World War II. The event was attended by 450 pupils from different Kyiv schools, educators, Ambassadors for Peace, representatives of international organizations and state institutions.

The Congress partners and organizers: specialized school #85 of Kyiv city, schools participating in UNESCO Associated Schools Project with the support of the Universal Peace Federation, the National Museum of Ukrainian History in World War II, the Youth Federation for Peace, the Ministry of Education and Science of Ukraine, the Department of Education and Science, Youth and Sports of the executive body of the Kyiv City Council (Kyiv City State Administration).

The event was opened by the wonderful "Dance of Peace". Children from 20 Kyiv schools showed simple but beautiful dance with multicolored ribbons and balloons. After that was a heart-touching  performance "Angels over Ukraine". It was directed by well-known Lviv artist Levko Skop. Together with the students-volunteers from Japan and South Korea children cut out angels from the colored paper and wrote the names of the soldiers who defeated Ukraine during the military conflict in the East Ukraine. Children brought the angels to the museum hall and created a special artistic installation. On the boards nearby children and guests wrote their wishes for the Day of Peace.

The official part the Congress begun with National Anthem of Ukraine performed by Natalia Papazoglo together with children. Representatives from different countries sent their congratulations on the Day of Peace for Ukrainian children. First President of Independent Ukraine Leonid Kravchuk and Zhytomyr City Mayor Sergey Sukhomlin sent their personal congratulations read out at the Congress.

The Congress was concluded by signing the Peace Resolution and ringing in the "Bell of Peace". It sounded in the Congress hall as a symbol of peace, friendship and fraternity of all people and nations. 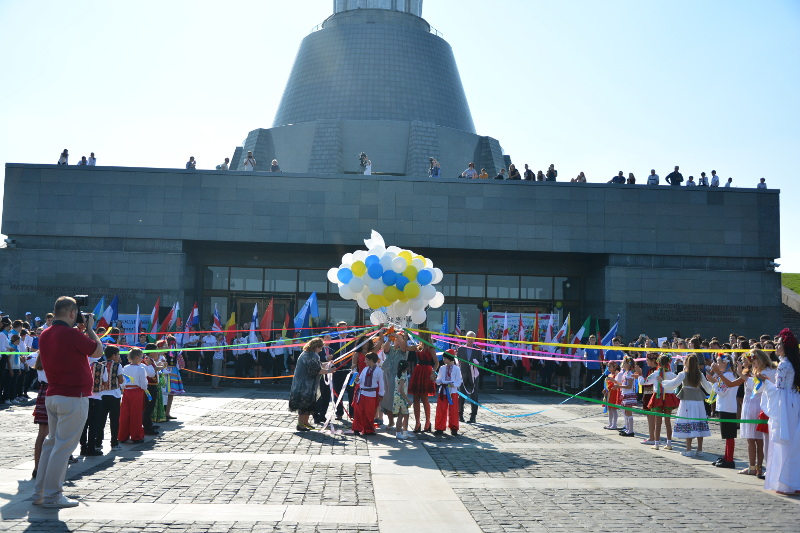 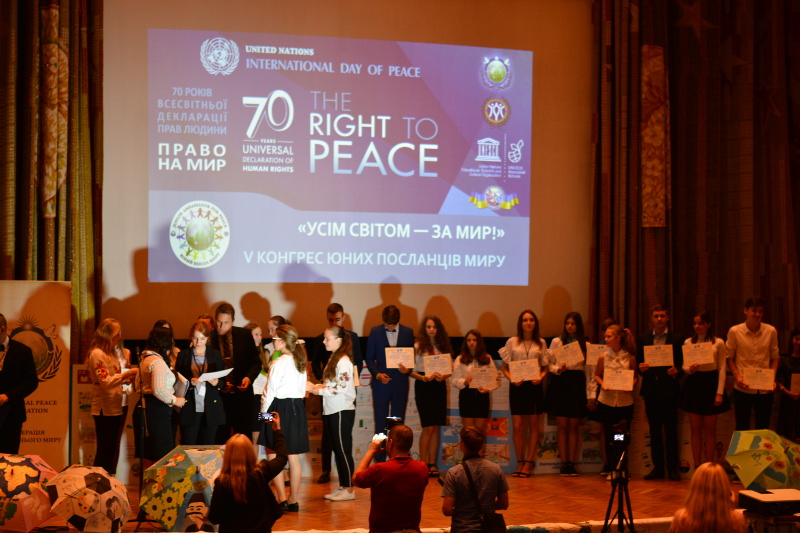 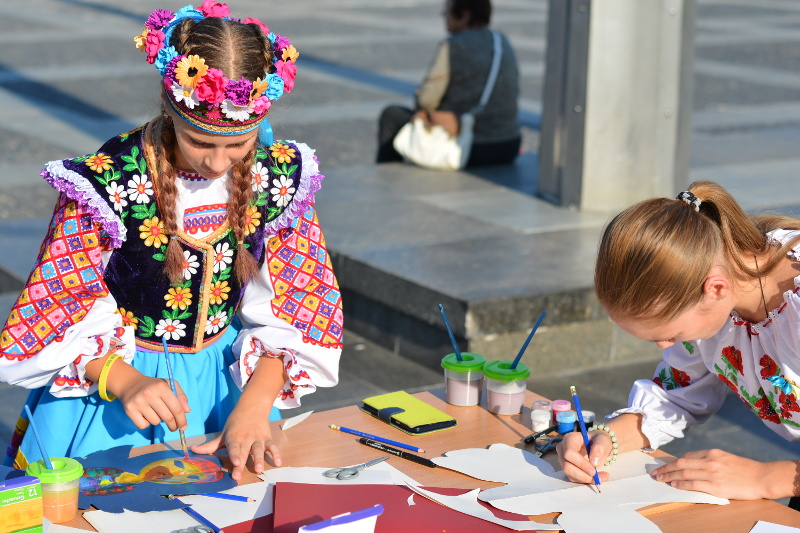 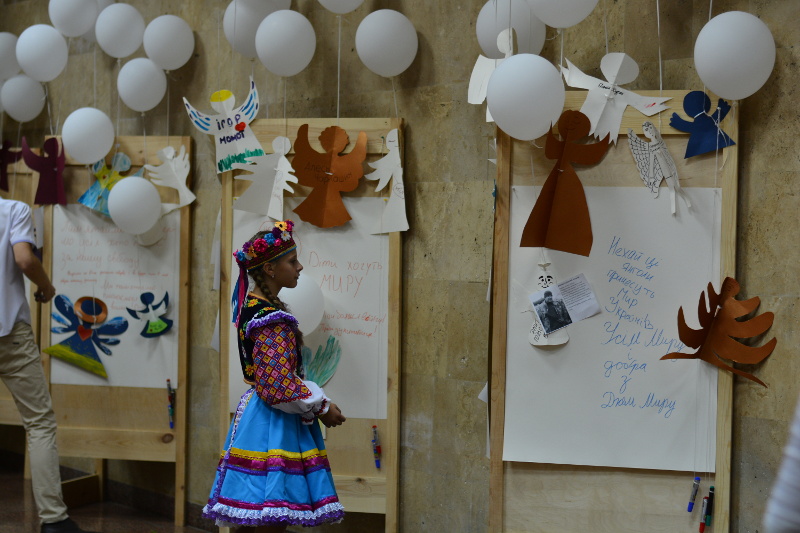